So apologies for my long silence everyone, but exciting things have been afoot. About three weeks ago I applied for a job with Microsoft as a Game Writer, which has pretty much been my dream job since I began writing professionally. I didn’t actually take it that seriously at first so I slapped together a sample piece of writing in about fifteen minutes, and sent it in,  figuring there’d be a long line of qualified writers with years of previous game writing experience behind them. Compared to industry veterans, what chance would I have? Well it turns out I had a really good chance, because I heard back from the recruiter almost immediately.  After talking with him over the phone, he said I sounded like a great candidate and he’d forward my name on to the project lead at Microsoft. All of that took place over the course of about two weeks, two weeks of delirious happiness. Had I finally made it as a writer?

I spoke with the team leader at Microsoft last Monday and was, unfortunately, completely unprepared for the kinds of questions he was asking. He asked me to describe my creative process and… well I couldn’t really give a coherent answer. I told him I make a general outline, and there are usually a couple of drafts I go through, but that’s it. I can’t describe how I write, I just sit down and do it. The rest of the questions were similar, how would I interact with the team? How would I work side by side with a graphic artist? How would I interact with stakeholders? I did my best to give coherent answers, but I think most it was just rambling. How would I interact with these people? I have no idea, I won’t know until I meet them and get a clearer picture of what kind of work I’m doing. That’s why I was really hoping to get an in-person interview, where it’s easier to get a feel for people thanks to all those subtle, subconscious clues we get like body language.

Unfortunately last Thursday I found out that I didn’t get the job. I’ll admit, this was a crushing disappointment and I’ve spent much of the last week just moping around feeling bad for myself. After mentally regrouping however, I’ve taken stock of what I accomplished; I manage to impress enough people that I got to talk with the project lead at Microsoft! Not only that, but the guy read my blog and revealed he worked on Bioshock: Infinite before Irrational Games closed and that he really enjoyed my articles on the subject. Microsoft is a notoriously difficult company to get a job with, and I managed to get a phone interview with a project leader! Most people don’t even get past the job application.

That’s not meant to be a boast, but rather my own realization that I have real talent. I didn’t attract attention through a long, impressive resume or an impressive educational pedigree, it was entirely my writing. A piece of writing I wasn’t even taking seriously because I figured there wasn’t an ice cube’s chance in hell I’d get the job. Clearly I’m doing something right, the last twenty years I’ve spent writing haven’t been for nothing. Scribbling stories out as a little kid about dinosaurs and ninjas, the aborted novels I tried writing as a teenager, and the four years I’ve been working on this blog have all been contributing to my future. Part of me is always doubting, maybe I’m at talentless hack and I’ve been merely deluding myself for all these years. Attracting the attention of a huge company like Microsoft though, that’s not just a fluke. I didn’t make it through four levels of interviews because of dumb luck.

So no, I didn’t get the job, but holy shit I came so close! And next time I get an opportunity I’ll be more prepared for the questions they’ll ask, and I’ll spend more time on the writing sample, because now I know… I’m a good writer. And for someone who lives to tell stories, that means everything to me.

“Write without pay until someone offers pay. If nobody offers within three years, the candidate may look upon this as a sign that sawing wood is what he was intended for.” – Mark Twain 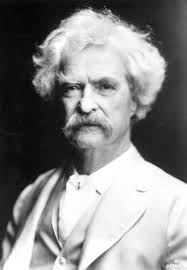 No wood chopping for this writer, no sir. I’m going places.

And the first place I’ll be going is a little blue box that travels through space and time. Keep an eye out for it later this week.